The Barbarians: The Sword of the Mediterranean Episode 13 Summary With Review and Explanation.

The Mamluk soldiers, who had been entrusted with the gold by Kara bey, confiscated the gold found in Oruc’s cellar and were killed as a result of Pietro’s plot, and these murder crimes were blamed on the Oruc and his Levants.

Oruc escapes from the dungeon, claiming that if they find the gold stealers, the real killers will come out, but they have to get Ilyas to take Kara bey, hostage.

Kara bey, on the other hand, took Ilyas to the execution bench, using the excuse that Oruk was late. Will Oruc be able to beat Silvio?

Will he be able to capture Pietro’s men before Sona leaves the borders of Alexandria?

Oruc, who was trying to find the gold and save Ilyas from execution, eventually finds traces of the gold but is cut off by Silvio and his men, who have come to thwart him.

Will he be able to save his brother Elias, who is on the death bench? On the other hand, Merim and Hizir, who find out about Dervish, fall into the trap of Antuan and become Pietro’s captives. Pietro, who is after the Secret Book,

wanted the book in exchange for Dervik’s life, but Pietro, who could not learn the location of the book from Hauser, pulled the trigger of the gun he had turned on Dervish.

Will the dervish die? Will Maryam and Hauser be able to get rid of Pietro? Apart from all this, how will Merim know that Pietro is her older brother?

How will the attitude of Merimee, who will be strongly suspected of being Pietro’s brother, shape this situation?

What will be Huma’s new action that will change the balance in Alexandria with her arrival? What will be the result of Huma’s conflict with Firoz, who will face Firoz once again as a result of her action? 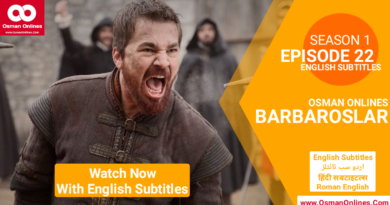