Will Chagri Bey enter the castle and settle the account with Kekavmenos? Will Alparslan, Suleiman, or Yinel be the head of the Seljuk army, who will decide the new leader of the Vassapurkan campaign? What is the reaction of Erbasgan, whose name is not mentioned in the campaign order? Will he calm down by sharing his goat with Yinal?

Fortune set fire to large catapults used to capture vassals in the camp. Did Ferzat collaborate with Byzantium, or was it part of Alparslan’s plan? Knowing that Kekavmenos had killed his wife, Chagari Bay went to Vaspurakan from the camp with several alparslan.

Alparslan asked Akka to confess that her father was Hassan Bay. Will he reveal the secret of money, or will he reveal it after winning the vaspurakan as he said? Kekavmenos, who had worked hard to defend the Vespuccan siege, breathed a sigh of relief as the catapult burned.

What will be Byzantium’s new move against the delay of victory? Did Diogenes create a new mess in the Seljuks and delay the victory? 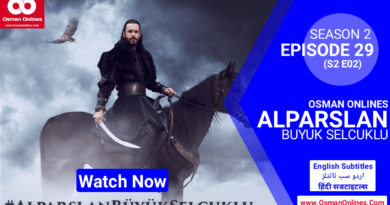